Skip to content
Previous Next
Part 9 of 25: The Rest of the Story – by Gretchen Schodde

Greetings again on another wonderful spring day.  We just completed our 251st Cancer retreat and it was a stellar gathering!  In this blog, I’ll feature a special CR alum (Barbara Riefle) after sharing a little more about the early days of the campus as it began to unfold. 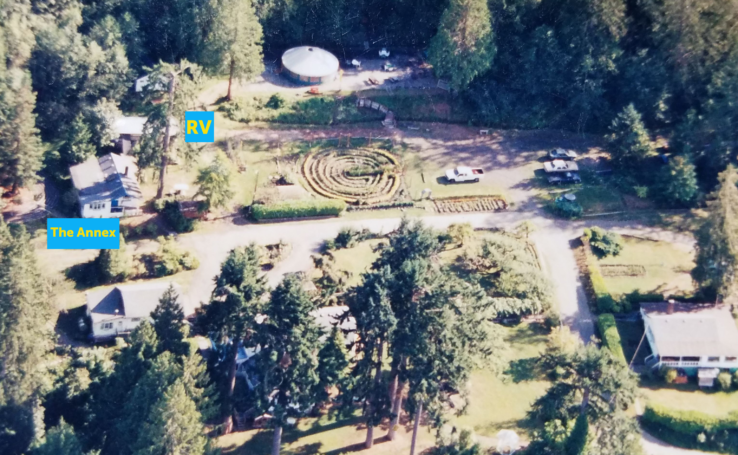 In an earlier blog, I shared about the former “laundry house” being transformed thru amazing volunteer help into a usable cabin—the “annex”. For the first 8 years of HH I lived in the main lodge. As we grew more space was needed for guests so I moved up to the annex. I was in a small bedroom and kept feeling a cold breeze even with no open windows. Fortunately, I moved the bed and part of the floor underneath was breaking up with a big hole in.  With amazing synchronicity, a new DOC community service worker was here who happened to be a carpenter!  I called his probation officer and she agreed that he could focus on repairing the annex floor.  So it got fixed and I moved to the back of the annex in an even tinier room. Then another HH “weaver” (one of our advisor’s Herb Baze) came to the rescue and had a small trailer he offered for me to live in, and placed it close to what is now the Creekside building. Two more wonderful volunteers, Vern and Gregg were here to help. However, as the trailer was being put in place it tipped slightly and was on the brink of collapsing into the annex….Vern without thinking jumped into it trying to stop its fall and his foot was trapped under the trailer. I was still a volunteer on the fire dept. then and immediately called 911. I was fearful Vern would lose his foot. He was in terrible pain and shock. The Fire Dept. came immediately and had to call for a crane to get the trailer righted. Fortunately, Vern’s foot was broken but not crushed…he returned to the hill as an incredible volunteer as was his dear friend Gregg Shank. The trailer had one of the best views on campus and  I lived in it until 2001 when we built the facilities building with an apartment upstairs. 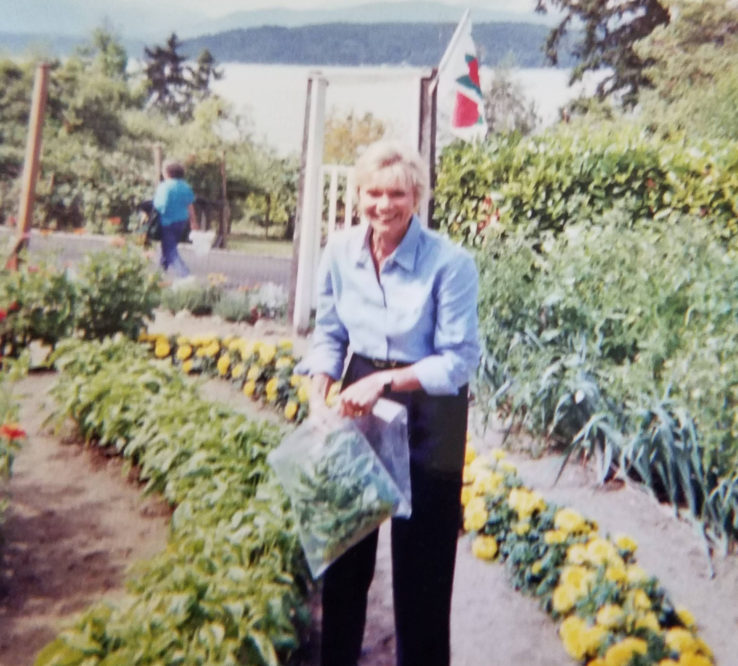 In an early retreat, I got a call from Barbara Riefle from NYC, who was referred to us by Commonweal. She wanted to come to the retreat which was 3 days away.  I told her it was full and would be happy to talk with her about the next one. She then practically yelled at me…”I have to come!!” I asked her to tell me what was happening and she shared that she had cancer of the appendix –a rare and often very difficult cancer. She was terrified, angry at her body and clearly in need of support. I told her to join us and we’d make room even if it meant a roll-away bed. She arrived a few days later and shared a room with a lovely woman named Jill, who was a horse farrier from Tahuya… she also had a terrible cancer diagnosis. Jill & Barbara became fast friends and dove deep into exploring resources to manage their stress and new tools for continuing life with quality. Both had poor prognosis however determined to find a path forward. Barbara owned a travel agency…left HH to go to Calif. and find herself a meditation teacher, then MD Anderson in Texas for more integrative tools, Chicago to learn more about nutrition and Germany for light therapy. She returned to NYC with her own integrative treatment plan and offered resources there for other HH CR alums to explore.  A support group of her friends emerged called the “FOB’s” – Friends of Barbara” 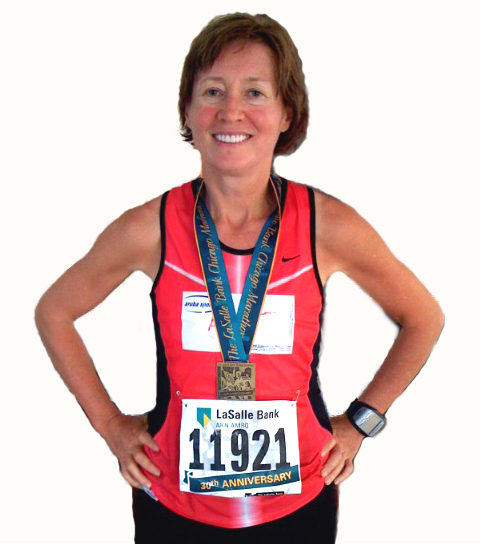 Elaine Holland was a colleague and dear friend of Barbara’s and shared her memories of Barbara in the HH book of stories. : “She was a very, very special person.  After she got sick, she became obsessed with eating right, putting the right things into her body.  She came into all the FOBs kitchens and threw out everything that was unhealthy, got us into rice cakes and tahini and all the fresh vegetables and the right way to cook.  That was just another of her gifts to us – a refinement for some of us, and for some, a whole new way of cooking and eating.” Elaine recalls going to a New Year’s Eve party at Barbara’s, where “we were all talking about the impact Harmony Hill had on her attitude after her cancer diagnosis.  We were all feeling enthused, and when I offered to run a marathon to raise funds for a big, well-known cancer hospital, Barbara blurted out, ‘Why run for a big place while Harmony Hill doesn’t even have matching towels!’” Barbara then gave us our first ever restricted gift of $500 for matching towels!  They called me about the marathon plan, and Elaine ran the next New York marathon to raise funds for Harmony Hill. “We thought we’d raise $5,000 but we raised $10,000!  The second year, we raised $23,000; the third year, $35,000.  And that was the year Barbara suggested Elaine join the Harmony Hill board.  As a result of the NYC marathon fundraising plan, and other donors, Harmony Hill was able to start offering the cancer retreats at no charge, a landmark moment in its history.

Another of the FOBs, Marjorie Luckey, MD shared this about Barbara:  “She felt that Harmony Hill had really given her life back.  Barbara was the most alive person that I have ever met, with or without cancer,” says Marjorie.  “She was so joyous about life – totally engaged with people, with events, with culture, with friends, in the leadership development conference; it was quite a remarkable phenomenon to know her.  Here was someone who was dying and, while she would occasionally talk about death, she was living every day, intensely and joyously.  She attributed that to her experience at Harmony Hill, and she was a major supporter of the Hill.

In the center of the circular drive that carries visitors to and from Harmony Hill’s Lodge stands a small flowering cherry tree, its multitude of long, graceful branches extending in all directions.  It was planted by —“the FOB’s” in honor of Barbara a dearly beloved woman.  The tree reminds them of her and all of us of her generous spirit, and how dearly connected she was to so many.  And Barbara continues to touch the lives of every person who is able to attend a cancer retreat at no cost because of her dream to give everyone that choice”

Reflection often used at HH: “Life isn’t about waiting for the Storm to pass. It’s about learning how to dance in the rain… “ by Vivian Greene

Quotes from grateful attendees to the donors who make these Cancer retreats possible :

*Thank you for this opportunity to gather with others working through a diagnosis of cancer. To learn tools for dealing with anxiety, stress and communication in this beautiful-restful and inspiring location.

*There are not words to express the depth of my gratitude for these days of suspending the struggle to thrive. Well, there is one word: GRACE.

*Thank you to everyone who helps to make this possible. It has brought so much relief and comfort to me and all the other participants.

Heartfelt thanks again for reading these blogs and offering comments when you feel inclined. More blogs coming soon featuring amazing Cancer Retreat attendees, staff and faculty who have helped “weave” HH into being.